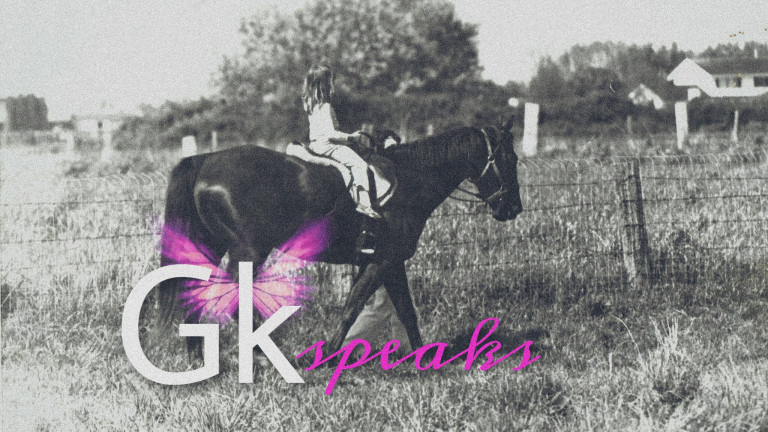 I can still recall the day my mom took me to register for school. I also remember the friendly lady that we talked to; she seemed nice, and I was quite happy that she’d be my teacher.

To my dismay, however, this isn’t how the story would go. In fact, I was surprised to find out that a rather tall, scary looking man would be my teacher instead.

The thing is, when you’re so small, things can seem so enormously big, and new situations can feel very daunting.

How you handle an uneasy child, just starting her journey, can have such a far reaching effect. My kindergarten teacher handled my fear all wrong; his method of persuasion was punishment. When I wouldn’t sing with the rest of the class I had to stay seated at my desk. Another time my punishment was that I couldn’t join the rest of the class outside. I don’t remember much of that year, but his drawing attention to me and exclusion forced me deeper into my shell.

The more I was pressured to speak, the more afraid I became.

I was so afraid to speak that I wouldn’t ask to use the washroom when I needed to. While seated at my desk I ended up wetting my pants. Somehow, however, I managed to escape the classroom without being found out.

I didn’t speak at all during class that year. (Never a word to my teacher at least.) I made a friend or two that I’d speak to away from school, but as soon as I got close to the school yard I’d go dead silent.

When Kindergarten turned into grade one I received a lady teacher, but I’d become stuck in my silence.

Reading aloud became an issue, so my teacher asked my mom to record me to see how I was doing. This wasn’t a bad idea. Unfortunately, this wasn’t her only motive. Unbeknownst to my mom, my teacher decided that I wouldn’t be so afraid to speak if the kids could hear my voice. She played that recording for the whole classroom.

This was the first time I really felt the heat of humiliation rise upon my face. (I doubt I even knew what was happening to me.) Being thrown into the spotlight wasn’t bringing me out of my shell.  It was only convincing me that I had something to fear. I learned to distrust people and situations.

Eventually, I really wanted to speak, but I just couldn’t. The fear of the dreaded spotlight caused me too much anxiety.  I’d be stuck in this vicious cycle of silence until grade five.

At some point my parents were advised to take me to a psychiatrist. Throwing me into more uncomfortable situations wasn’t the fix for my anxiety either. This only convinced me that social situations (especially those that involved adults) weren’t any fun.

My parents brought me into an unfamiliar room to see an unfamiliar man who wanted me to draw a picture for him. (This wasn’t going to happen.) Nobody could get anything out of me, and this appointment was a waste of time.

On another occasion some hair brained adult tried to get me to speak to a puppet. They may have been well meaning, but essentially they were trying to drag me out of my shell. Even an animal that’s been cornered will recoil and reject unwanted attention.

The best thing that anyone could have done to ease my fear would have been to leave me alone. Even cats will come out from hiding when left alone, or tempted by a treat or toy. (Something positive.) Trying to get a child to speak to a puppet (or punishment) doesn’t count as positive.  I wasn’t dumb. I knew what everyone was trying to do.

I couldn’t figure out what was wrong with me.

The more I dug my heels in, the more I hated myself for it. I didn’t know why I was so different.  Not speaking was painful, and by grade five I’d decided this had to be the year that I broke the silence. However, the year had already begun, and I was off to a poor start. Thankfully my parents were thinking.

Early in the year we moved, and I was transferred to a new school. My parents thinking was that I might do better where nobody knew me. (A fresh start.) They were right. I felt relief at the idea of starting over.

Trouble has a way of following you though, and it did in this new transition.

Not long after I settled into my new class, a student from my former school (my old class even) was introduced as a new student. Fear rose up in me again when I realized that she might share that I wouldn’t speak.  I was right. When she questioned me in front of the other students I lied to protect myself. I insisted that I’d had laryngitis and that I wasn’t able to speak. She didn’t seem to buy it, but she dropped the subject. I was then finally able to relax a little.

Why lying did me no favors—> One Small Lie: It Only Takes A Spark

Though I started to speak I was very insecure and socially awkward.

I never felt comfortable in my own skin, and I really didn’t know who I was. New scenarios stirred up insecurity and anxiety, and socializing just didn’t come naturally to me. I never could shake that awkwardness or find my confidence.

I didn’t have many friends, and went through some seasons without a single friend. Through these seasons I battled depression and loneliness.

Fear affected my employment as well.

Anxiety would cause me to quit jobs, or I’d get fired for one of two reasons: the anxiety made it difficult to absorb information and do my job well, or I wasn’t able to boldly interact with people.

Everything started to change when I met the man that I’d marry.

When I met Andrew I began to see people and life in a whole new way. He accepted me for me. Just as I was.

When I was in tears because an employer had asked me if I was stupid, Andrew became very protective of me. He wanted to have a few words with my employer.  I told him not to do that, so he said that I should quit my job and let him support me. I couldn’t let him do this either; we were only dating at the time. However, when things didn’t improve at work I rethought his offer, and took him up on it.

Shortly after we were engaged I committed to spending my life with Jesus as well. Since then I’ve met more people who reach out helping hands and are very encouraging. I also learned that this is the type of person I was meant to (and want to) be.

Those early years were defining years for me, but when I began my journey of faith I was given another fresh start.

I chose God’s Kid Speaks as the title for my blog because it speaks of who I am now. It also speaks of my desire to share the hope that I have. Almost like a mocking reminder, however, those years that I stayed silent came flooding back to taunt me. I decided to shrug it off.

God’s Kid Speaks may be a reminder of my past, but my past also proves the grace of God in my life. I no longer have to live in fear or silence.

The closer I walk with Jesus (my Lord and Savior), I find that I can allow myself to be vulnerable. I  also continue to gain more courage in that vulnerability as my confidence in Christ grows.

See also: One Small Lie: It Only Takes A Spark

I never needed punishment as a means to get me to sing—just love. I’m not a singer, but I do love to sing praises to my Lord Jesus.

“There is no fear in love. But perfect love drives out fear, because fear has to do with punishment. The one who fears is not made perfect in love.” –1 John 4:18

“The LORD is my strength, the reason for my song, because He has saved me. I praise and honor the LORD–He is my God and the God of my ancestors. —-Exodus 15:2 (CEV)

2 thoughts on “The Girl Who Wouldn’t Speak”