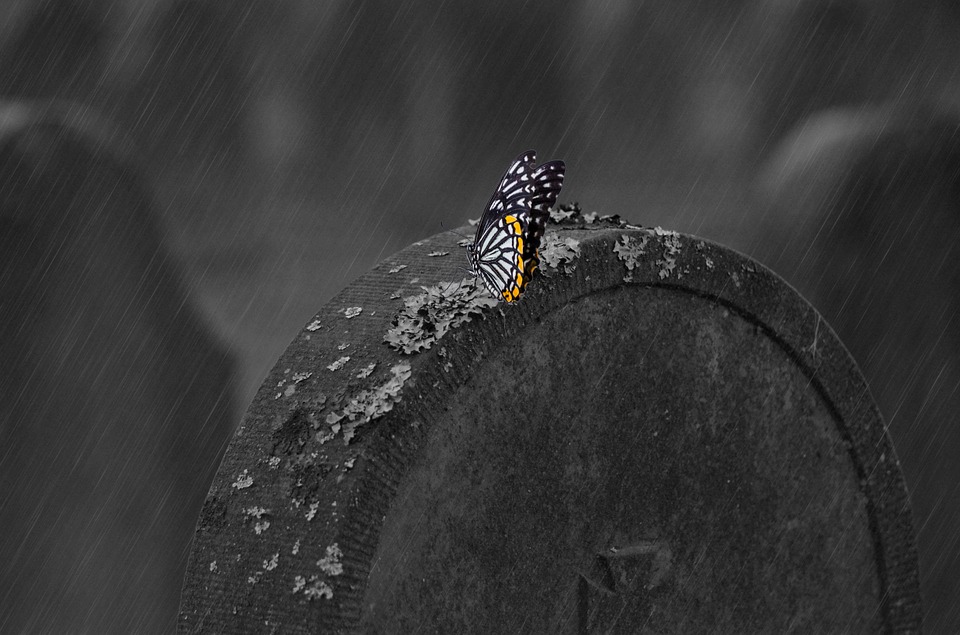 Until We Start Over Again

[A time to weep and a time to laugh]

Our package came back to us with the word “Deceased” written across the mailing label. As the tears started to flow, Andrew came over and wrapped his arms around me.

The Need for Closure

Robert had stopped responding to my emails, but I assumed that I’d offended him. Why? Well, we weren’t in agreement on something, so I’d sent him an email explaining why I saw things as I did. I have no way of knowing if he ever saw this email. Because Robert wasn’t a healthy man, Andrew did suggest that he may not be with us anymore. I knew his passing was a possibility, but I was obsessing.

Upon checking the tracking, I learned that our parcel had been rejected; it was on its way back to us. Of course, being that I’m way too insecure, I wondered if Robert was the one who had rejected it. After praying for an answer, I had a feeling (or maybe I just really hoped) that our package would tell me exactly what I needed to know. I was thankful that it did.

Friends Who Are Family

I’m trying to wrap my mind around the idea that he’s gone. Though I only knew Robert via email and messaging, he was just as real to me as any friend that you meet face to face. When you have health problems, as Andrew and I both do, you can be shut in a fair bit, and when you don’t have any children to care for, your online community becomes your family, or at least that’s how it’s been for the two of us. 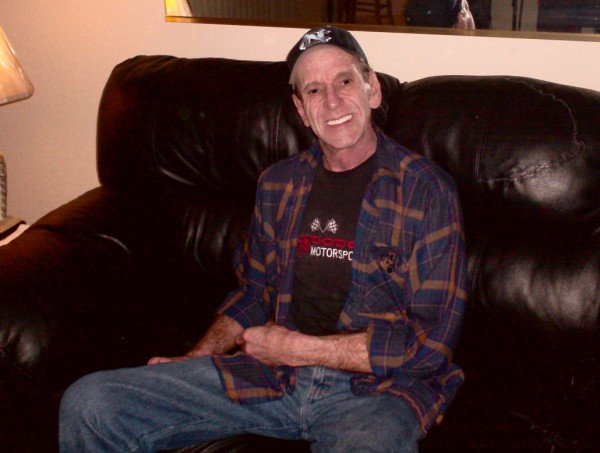 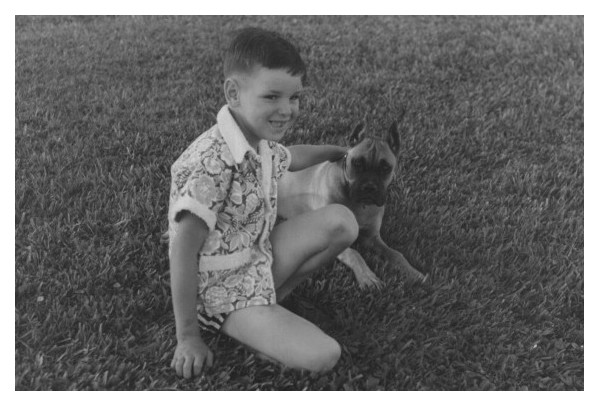 I met Robert on a Christian networking site. Though I’ve coresponded with quite a few brothers and sisters in Christ, Robert was a very dear friend; a real keeper.

He was a simple man, but I mean this in the most sincere way possible. He was down-to-earth; a regular guy who enjoyed his icecream, his acoustic guitar and loved on his two dogs: Carson and Max. He always gave me a hard time for never having ice cream in our freezer when he asked. He said it was because I never put it on my grocery list. It was those simple things that always gave me a smile. 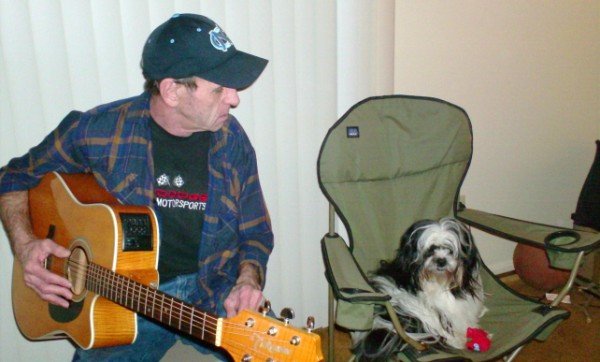 He was a follower of Christ; a writer; a father who dearly loved his daughter, Melissa, and a grandfather who cherished his grandsons: Jeremiah and Brandon. Robert also enjoyed spending time looking for Bibles on eBay and corresponding with all of his friends. He may have been a simple man, but to me, he was something extra special.

Though I’m sad because he’ll be dearly missed, I’m also happy that he can now rest in peace. In January 2017 his daughter Melissa passed away at only 38 years of age. 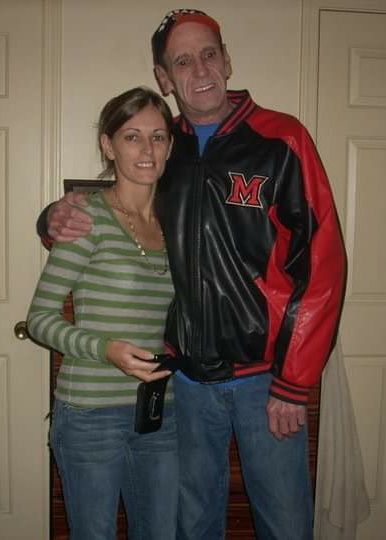 Being that he was a father and a grandfather, naturally, that fatherly advice spilled over into our interactions. I’m so glad that I held onto some of our correspondence.

Bud_man_can: Why do you let people drive you crazy?

Tina IsHappilyMarried:  I don’t know, I just do. Maybe because I care, and I’m stubborn.

Bud_man_can: You need to stop it.  You need people around you who can enlighten you and uplift and encourage you.

Tina IsHappilyMarried: I do have those people around me too.  I know some people who are huge blessings.

Bud_man_can: But some of those people might be causing you to be depressed.

Tina IsHappilyMarried: Sometimes, yes, but like I said, I’m stubborn. I don’t give up on people very easily.

Bud_man_can: But some of those people have to know when they have to help themselves also.

Tina IsHappilyMarried: That is true.

Bud_man_can:  That’s where the power of prayer comes in. We occasionally have to pray for ourselves, though it is better to pray for others.

Do you know what closure really is? It’s learning the truth so that you can move forward. Some need to see it with their own two eyes. (John 20:24-29) For me, it was enough to see the word “Deceased.” It isn’t just about goodbyes because, frankly, I don’t enjoy that sort of finality.

The Spirit Returns to God

“Yes, remember your Creator now while you are young, before the silver cord of life snaps and the golden bowl is broken. Don’t wait until the water jar is smashed at the spring and the pulley is broken at the well. For then the dust will return to the earth, and the spirit will return to God who gave it.”  –Ecclesiastes 12:6-7

The Soul is Everlasting

What does judgement mean for those who won’t listen to the truth about Jesus? It is described as an eternity of pain and suffering. (Luke 16:19-31, Matthew 25:41)

Sin seperates us from God, but Jesus Christ was sent to be our redeemer. Through Christ we are forgiven all of our sins. He is the only way to become right with God the Father. (John 14:6, John 3:16)

If you declare with your mouth, “Jesus is Lord,” and if you believe in your heart that God raised Jesus from the dead, you will be saved. We believe with our hearts, and so we are made right with God. And we declare with our mouths that we believe, and so we are saved. As the Scripture says, “Anyone who trusts in Him will never be disappointed.” –Romans 10:9-11

Robert was one of the first people to encourage my writing, and when I was struggling with it, he told me not to write at night. I do most of my writing first thing in the morning now.

I’ll be honest, I did start this piece at night, but in my defense, I just couldn’t sleep. It’s difficult to sleep while you’re weeping.  However, I’m in good company because Jesus also wept when his good friend Lazarus died. (John 11:33-35)

Jesus Brought Lazarus Back to Life!

I came across one of Roberts stories called “Baseball and Funerals.” Of course I had to read it. Have you ever laughed while crying?  It’s strange.

It’s grieves me to know that we will never correspond through email again, but I do have words to remind me exactly what it was that made Robert so dear to my heart.

When I was doubting myself, and had thanked him for always encouraging me…

“Tina, I’ve tried to be of encouragement to all my friends, even more so to those that I care about dearly.  In the time I’ve known you, I’ve grown to love you deeply.  My words are more than kind words, they are the truth as I see it even if you don’t. You have to remember that others on the outside can see us as we really are in a way that we can’t see ourselves.”

In one of our emails before they stopped coming…

“God uses people we would not expect Him to use. We are all called to be a witness of Him, His coming kingdom and what Jesus did for us when he was crucified. We would all be lost if not for that. So when God calls, just say…”Here I am, send me”.  At times I don’t feel like my faith is as strong as it should be. But I can pick up my Bible and study and be uplifted. I try to read the word everyday. It keeps me sane and grounded.”

Gone, But Not Forgotten, Untill….

Roberts emails and stories always made me smile because they were genuine and real; the good stuff. He was also quite the character. I’ll really miss our conversations, until we start over again.

“I just don’t understand the hoop-dee-do and expense involved.  People will call it closure.  They will say they need to express their last goodbyes. Like that dead person lying there is going to hear them…hello?…” — R.D. Pipkin/Baseball and Funerals 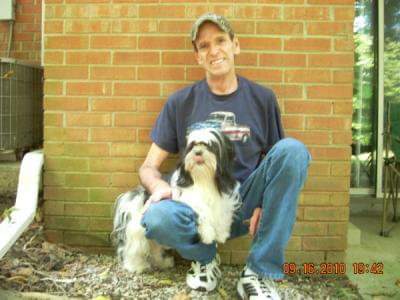 5 thoughts on “Until We Start Over Again”