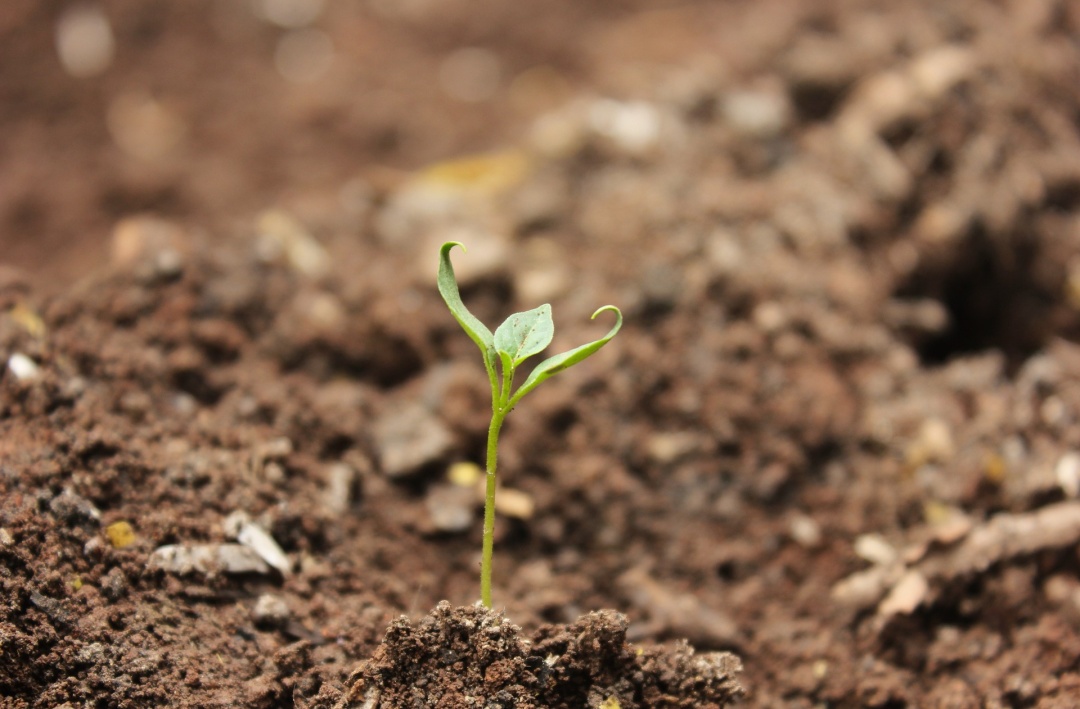 [Oh the tangled web of weeds]

Once upon a time, in a jaunty garden far far away, lived two lively seedlings named Short and Sprout. From the very day that they were planted, these two hopeful annuals had grown very close—so close, that the rest of the seedlings in the garden considered them the very best of friends.

These strong, vibrant shoots were frequently seen leaning upon one another in the cool gentle breezes, and lingering in the revitalizing late spring rain. Happily, the two would sway to and fro, every hope and dream coursing through the very fibers of their being. Though they spoke no words, these two seedlings understood each other quite well.  They considered themselves very fortunate to have been planted so close together.

One day, however, as weeds began to force their way up between the two seedlings, Short and Sprout began to twist and bend in an awkward sort of way: one towards the left, and the other towards the right.

As the days passed, the weather began to change too; rain no longer fell as precious dewy droplets upon the raised bed in which they’d been planted. It wasn’t long before Short and Sprout began to grow apart.

Once so vividly green, without any vital daily nourishment, both Short and Sprout’s colour began to fade; they took on an unhealthy pallid countenance as the days grew warmer.  In the heat of the noonday sun they became exceedingly parched, and that once refreshingly cool soil beneath them became dry and cracked.  The sweltering heat would not relent. Both of these young shoots began to wilt, as their youthful dreams began to grow dim.

Finally, the sun mercifully relented, but then the day grew dark as clouds rolled in. Soon their hopes of those thirst quenching jewels, that once fell so extravagantly from the sky, were all but dashed. Not a single drop of rain fell.

If this wasn’t discouraging enough, a family of aphids took up residence upon Sprout and began to voraciously nibble upon his tender leaves. This was painful! Life began to look so discouragingly bleak.

The days felt long, and their moods grew short. Once airy open spaces, grew stuffy and crowded; these invaders that had claimed the turf between and around them, were overtaking them at a rather alarming rate.

Short was now lost in the unruly creepers that surrounded her, and Sprout, who had been experiencing a growth spurt—so was easily a centimeter or more taller than Short—had suddenly stopped growing.  To top it all off, Short had developed some sort of fungus.  As she began to wither she was certain that she was destined for compost.

Then one day the clouds rolled back and the sun shone more radiant then they’d ever seen it beam in all their days.  Both Short and Sprout looked up through the weeds longingly.  Wistfully they remembered how it once felt to sway in the gentle breeze.  The world around them had grown far too dark and uncertain—choking them and imprisoning them in defeat.

Short’s fungal infection was beginning to itch something fierce now, and this wall of weeds that had grown increasingly thick, separated her completely from her very best friend.  Sprout too continued to experience problems of his own;  a morbidly obese slug was headed in his direction with a rather ravenous look in it’s eye!

Panic stricken, sprout lifted his withering leaves with every intention of tearing at the weeds that ensnared him, but it was no use; there wasn’t an ounce of strength left in him. Even if he could somehow escape this wicked web of weeds, he was so firmly planted in the ground. There’d be no escape this day.

On the other side of the barrier that divided these two imprisoned seedlings, a butterfly had landed on a leaning daisy that towered high above this dense living canopy.  Short’s view was limited through the beastly vines, but that flicker of colour made for a somewhat pleasant reprieve from her grey thoughts.

Then something unexpected happened! Something was shaking the earth! That’s when Sprout saw two enormous hands reach down from the sky.  Both hands began to decimate the surrounding, offending foliage. One by one their enemies were being vanquished—pulled up by their roots!  “These are the hands that planted us!” thought Sprout excitedly.

Short, her view no longer obscured, looked up in thankful amazement and awe. Though the rotund land slug, that appeared dead set on having Sprout for lunch, had been moving rather—dare I say it—sluggishly, Sprout knew that slowly, but surely, he was bound to be one delectable micro salad!  However, as the weeds were pulled up, with them went the slug, too, who flew through the air with the greatest of ease.  This unsuspecting gastropod never knew what hit him, and Sprout was finally able to breath a great big sigh of relief.

Soon, the ground beneath them had been stripped clean, but for the two humble seedlings and their beloved bedfellows.  Both Short and Sprout were now once again able to stretch out their leaves.  They reached up towards the sky in their attempt to work out all of their ailing kinks, looking way up, gratefully, into their Caretakers face.

Short’s fungus was treated by their rescuer, and Sprout, who had stopped growing, now looked forward to the future with great hopes of becoming a strapping and sturdy plant.  If they’d had voices to raise, they’d have cried out and praised the One who had saved them. They hoped that somehow He understood how very grateful they truly were for all that He’d done.

Water poured over them generously from a large vessel, and they felt His mercy as they were given all the nutritional support tthey needed to thrive and grow.  Finally, they were both rejuvenated by a misty spray which caused Sprouts aphid cling-ons to drop like flies.  It wasn’t long before they felt alive and revived. They were ready for the future they’d now been so graciously given, and thankful for the gift to start afresh.

And they lived happily ever after…

9 thoughts on “Short and Sprout”